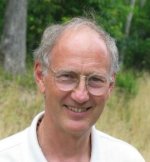 Falling Awake. One night as I was falling asleep, at about the age of eight or nine, I suddenly felt a soft effusion of supreme comfortableness engulf my being. My mind became unbounded and completely fulfilled. Thoughts suddenly stopped their ceaseless activity and became still.  It was as if the mind had turned inward and collapsed in on itself, as though passing through the eye of a needle.  I was filled with a profound feeling of well being and happiness.  It was not happiness about any particular thing, but an unconditional, all pervading bliss that depends on nothing outside of itself. The river of ever active consciousness, moving in the stream of boundaries, suddenly arrived at the ocean of silent, ever full, unbounded awareness.  My mind was no longer searching.  It had arrived at the searched for. I had no idea what it was.  In it there was no thought, no perception, only unbounded awareness. I felt wrapped in a blanket of love and safety, or rather I was That, the wrapper and the wrapped all at once. There was no differentiation of experience.  I was that state, nothing else.  Not me experiencing something outside of me, just me experiencing the best version of me as that state.

At the time it didn’t occur to me to tell anyone about it.  I had no conceptual framework to explain it or even to ask about it. It was not anything that I ever heard about in school, Sunday school, or discussed in the family.  It was not God in the sense that I understood Him as the great Being outside of ourselves who is the creator the universe and ultimate dispenser of justice.  It was simply an overwhelming feeling of goodness and soft unboundedness, the inner core of me.

I only knew that I wanted the experience to happen again.  It had ended as suddenly as it had happened, perhaps driven away by my excitement of wanting to know what it was and to hold on to it.  I tried everything to make it happen again, but nothing worked.  Any trying seemed, if anything, to drive it away and it never came when I wanted it to.  I even tried the strategy of trying not to expect it, lying quietly, determined to grab hold of it if it happened again.  But it never came at those times.

Years later I would discover why. I would find a huge literature describing the nature of the experience. Patanjali’s Yoga Sutras describe it as yoga—union—, the state of transcendental consciousness, called transcendental because it ‘transcends’ or is beyond thought. 1 The yoga sutras state yogas chitta vriti nyrodha, which translates as ‘yoga is the least excited state of mind’.  Because any effort at all to achieve transcendental consciousness only creates activity in the mind, effort is counterproductive.  Effort creates activity which disturbs the ‘least excited state.’   Trying obscures it, just as waves on the pond obscure the perfectly reflecting surface of a still pond.

Although I wasn't thinking of it at the time, I believe that my early experience of transcendental consciousness is what guided me to learn TM at the age of 29, and led me to devote my life to research on it.  Although I by no means have clear transcending every time I practice TM, I have had several occasions in which I dropped into unbounded awareness with all the subtlety of falling through a manhole on the street.  Subtle thoughts rocking back and forth and then suddenly I'm in an unbounded space of bliss.  And even though my typical meditations are not nearly this dramatic, I almost always feel that nourishing calm and coherence, even if there are a lot of thoughts present.

Many scholars have noted that experiences of transcendental consciousness are universal, found in all cultures, in both religious and secular settings. However, their interpretations vary according to their cultural context. 2-5 Some philosophers and writers simply try to describe the experience without any interpretation. Others place the experience at the foundation of their philosophies, e.g., as the First Cause, the Good, the Self. Religious traditions describe it as union with God.  Philosopher Dr. Ken Chandler has written books showing that the experience of transcendental consciousness is the foundation of all the great philosophical and religious traditions. 6 7  It has taken quite a bit of scholarship to dig these experiences out of the writings of these great men and women.  These experiences have remained overlooked and virtually forgotten in the modern materialistic world, in which the technologies for reliably having these experiences have been all but lost.

"…he had attained unity and contained no difference...he was tranquil, solitary, and unmoved....He was indeed in a state of perfect stability, having, so to say, become stability itself...", Plotinus, the 3rd century Alexandrian philosopher (p. 157). 9

"...That serene and blessed mood, in which the affections gently lead us on. Until the breath of this corporeal frame And even the motion of our human blood Almost suspended, we are laid asleep in body, and become a living soul”, William Wordsworth (1770-1850), British poet. 11  In this description, Wordsworth anticipates the physiology of respiratory suspension and EEG coherence discovered a century and a half later.

“...individuality itself seemed to dissolve and fade away into boundless being, and this not a confused state, but the clearest of clearest, the surest of the surest...utterly beyond words, where death was an almost laughable impossibility...I am ashamed of my feeble description. Have I not said the state is utterly beyond words?" Alfred Tennyson (1809-1892), British poet (p. 165). 12

"It was as if, first of all, every motion, every reality was emptied of its content.  After this, it was as if I found myself suddenly at the center of pure ineffable existence.  I became one with the one essential reality along with an immense serene joy, I was overcome by what I might call the stupefaction of being, the certainty of being.", Eugene Ionesco (1909-1994), modern French playwrite (pp. 150-151). 13

"I began to drift down into deeper and deeper levels of relaxation, as if I were sinking into my chair. Then for some time, perhaps a minute or a few minutes, I experienced a silent, inner state of no thoughts, just pure awareness and nothing else; then again I became aware of my surroundings. It left me with a deep sense of ease, inner renewal and happiness" description of a first experience of Maharishi's Transcendental Meditation technique 4  ( p. 334)

"a balanced state of fulfillment that just is—being beyond change, time, and space",

"the experience of one's innermost Self—the Self is consciousness in its pure nature",

"the 'I' alone is and nothing else. Pure subject with no object",

"a feeling of having arrived at the destination, completeness, satisfying to a very complete degree".

"Any explanation will sound strange because our vocabulary is derived from experience in the waking state and these words are not really adequate to describe this experience.  The experience speaks for itself." 14   (pp. 1571-1576)

My personal experience, and the experiences of many meditators that I've taught and know, is that whether or not one experiences transcendental consciousness during the Transcendental Meditation program depends upon the condition of the physiology. Transcendental consciousness is a state of perfect balance.  If the physiology is out of balance due to fatigue, eating too much, eating too little, too much or too little of anything, chronic or acute diseases, or long-term stresses, then what happens is that meditation works on normalizing these imbalances. As Buddha said: "If you string the Vena too tight, the strings will break.  If you string it too loose, it won't make the proper sound."  Attaining a state of balance in order to transcend is the true meaning of all philosophies of the Middle Path. On the other hand, straining to try to live some perceived ideal lifestyle that is not suitable to one's tendencies and level of evolution will only strain the physiology and slow down one's progress.  "There is danger in the Dharma of another."  -Bhagavad-Gita. We can only evolve from where we are, not from where we perceive someone else to be or from where we think we would like to be. Maharishi always emphasizes that, in addition to regular meditation, one should always take it easy, an aspect of the program that is often forgotten.

These modern and historical experiences of transcendental consciousness, along with physiological research showing the distinctiveness of the state, demonstrate that it is not merely a metaphysical concept, but is a major state of consciousness, the fourth of Maharishi’s Seven States of Consciousness.

7. Chandler K. Consciousness, Science, and Civilization: The Experience of Pure Consciousness in the World Intellectual Heritage, in press.